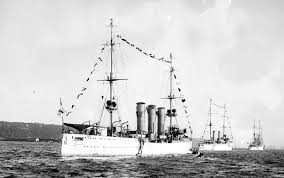 The collier North Wales (Master Griffith Owen) is sunk by the Dresden 360 miles southwest of Valpariso.  The crew is taken prisoner but will be released after the Battle of the Falklands. Her master will be killed when his merchant ship, also named the North Wales, is sunk by a submarine in October 1916.

Captain ‘The Honorable’ Arthur Annesley (Hussars) is killed in action at Klein Zillebeke age 34.  He is the son and heir of the 11th Viscount Valentia and he served in the South African War.