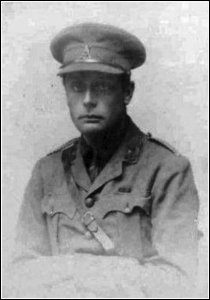 The first phase of the Battle for Ancre begins and will last until the 11th.

A raiding party of thirty men of the 6th (Hauraki) company of 2nd Auckland Regiment, under Lieutenant Colin Hally, in the evening kills four Bavarians and captures two prisoners. They stay only 5 minutes in the enemy trenches and suffered no casualties. The party goes straight across, finds a gap in the wire by means of an electric torch, and enters the German line.  They bomb the dugouts and take three prisoners, one of whom came to what is put down as a bad end on the return journey, owing to his subordinate behavior. The other two, very mild and inoffensive, are brought back safe and sound. No one is hurt and the only ones to suffer any inconvenience are three Canterbury men, whose bay is blown in on top of them during retaliation by German artillery.  For his actions on this day Lieutenant Hally will be awarded the Military Cross.  He will be killed in action serving the New Zealand Machine Gun Corps in April 1918 and his brother died of wounds in July 1915

Handley Page 0/100 #1459 of #3 Wing Royal Naval Air Service is the first of the new twin-engine heavy bombers to reach France.