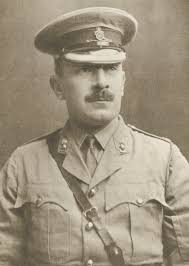 Major ‘Lord’ Henry Molyneux Paget Howard (commanding 1st Wilts Battery, Royal Field Artillery) is killed in action at age 39 in the Middle East.  He is the 19th Earl of Suffolk and 12th Earl of Berkshire. His son the 20th and 13th Earl will be killed in 1941 serving in bomb disposal when a bomb he is working on explodes. For his efforts the 20th Earl will be awarded the George Cross posthumously.