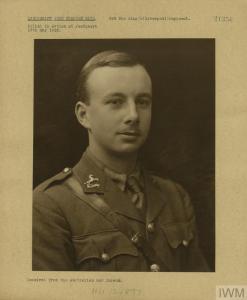 Lieutenant Douglas Frederick Hervey (Norfolk Regiment) dies in Cairo at age 20 after the amputation of his leg having been badly wounded in the left knee and shoulder at the Battle of Gaza last month. He is the eldest son of Matthew Wilson Hervey JP for Norfolk.  Lieutenant Hervey joined the Norfolk Regiment in December 1914, before completing his term at Cambridge. In September 1915 he went to Gallipoli and was invalided home with enteric two months later. In January 1917 he took out a draft of the Sussex Yeomanry to Egypt and there rejoined his own Regiment.  After being wounded on 19 April he lay in a shell-hole until dark and then pushed himself on his back for eight or nine hours, hoping to reach our lines. Exhaustion made him fall asleep and when he woke up he found himself within 500 yards of the enemy trenches, with several of his men lying near him. With two others he determined to try and get back to our lines some 2,500 yards away. Fortunately they came across three water-bottles, which gave them temporary relief. They all three got back to our lines, though it took them thirty hours to crawl the distance.