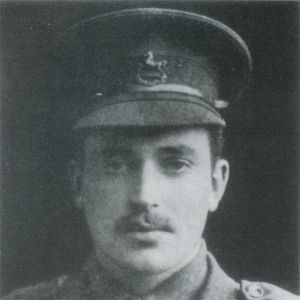 At Observatory Ridge, about five miles from Ypres and a mile from Hooge, the Liverpool Regiment are in the front line. Lieutenant Aidan Chavasse and 8 men are out on a raiding party when they meet a German patrol and in the ensuing fight Lieutenant Chavasse is wounded. When the party returns, it is discovered he is missing. His brother Bernard the medical officer of the battalion and some others go out to try and bring him back but he is never found. Lieutenant Aidan Chavasse is dead at age 26 one month prior to the death of his brother Noel, one of only three double Victoria Cross winners in the history of the British military. They are sons of the Bishop of Liverpool.

Gothas raid the Royal Naval Air Station at Felixstowe. Civilian worker John Charles Newman is killed at age 46. His son will die of wounds in April next year.

The ship S S Ribston is sunk by a torpedo 85 miles west of Fastnet killing 25 including the Master J Tweedie.

Lieutenant ‘Lord’ Ian Basil Gawen Temple Hamilton-Temple-Blackwood (Grenadier Guards) is killed at age 47 at Boesringhe, in Flanders during a night raid. He is the son of the 1st Marquess of Dufferin and Ava KP Governor General of Canada.  He was an artist in black and white for children’s books written by Hilaire Belloc including The Bad Child’s Book of Beasts, More Beasts, The Modern Traveller, A Moral Alphabet, Cautionary Tales for Children and More Peers. His brother died of wounds at Ladysmith in January 1900 and a nephew will be killed in Burma in March 1945.