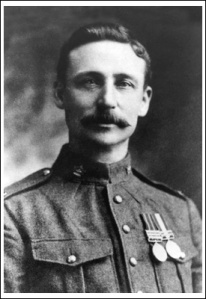 While on patrol, Captain George Lawrence Lloyd (Royal Flying Corps) observes a two-seater Albatros upon which he dives.  The hostile observer replies with two guns but Captain Lloyd gets on the same level as the German machine and fifty yards behind it.  The hostile observer continues to fire and his tail is observed to break off, the machine going down in a vertical nose dive to crash.  It appears that in a desperate attempt to escape Lloyd, the German shot off his own tail.

A great fire destroys much of Salonika.

During a strong enemy counter-attack a Lewis gun in a forward post in a communication trench leading to the enemy lines, is buried by a shell, and the crew, with the exception of one man, killed. Sergeant Frederick Hobson (Central Ontario Regiment), though not a gunner, grasping the great importance of the post, rushes from his trench, digs out the gun, and gets it into action against the enemy who are now advancing down the trench and across the open. A jam causes the gun to stop firing. Though wounded, he leaves the gunner to correct the stoppage, rushes forward at the advancing enemy and, with bayonet and clubbed rifle, single handed, holds them back until he is killed by a rifle shot. By this time however, the Lewis gun is again in action and reinforcements shortly afterwards arriving, the enemy are beaten off. For his actions he will be awarded a posthumous Victoria Cross.