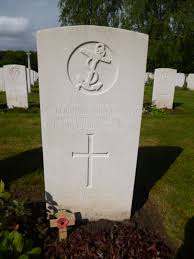 Abu Hareira is about midway on the road from Beersheba to Gaza, in front of the Wadi el Sheria.  The Turkish lines here are attacked and captured by the 10th, 60th (London) and 74th (Yeomanry) Divisions. British forces finally captured the deserted and ruined city of Gaza after two previous unsuccessful attempts.

At Sheria, Palestine, under most difficult conditions, in darkness and in an unknown country, Lieutenant Colonel Arthur Drummond Borton (London Regiment) deploys his battalion for attack and at dawn leads his attacking companies against a strongly held position.  When the leading company waves were checked by withering fire, he moves freely up and down the line under heavy fire and then leads his men forward, capturing the position.  At a later stage he leads a party of volunteers against a battery of field guns in action at point-blank range, capturing the guns and the detachments.  For his actions this day he will be awarded the Victoria Cross.

The Allied Supreme War Council is created at Rapollo, Italy.