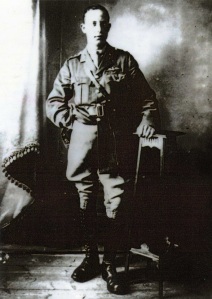 The enemy attempt in vain to recover high ground about La Vacquerie while further fighting takes place north of Passchendaele.

There is intensive artillery action on the Asiago Plateau.

The steam S S Kintuck strikes a mine or is hit by a torpedo from UC-17, eight miles northwest by north from Godrevy Light and sinks. One crewman is killed.