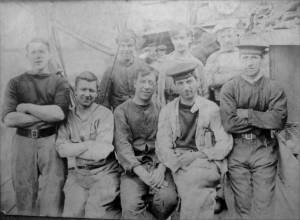 HMS Partridge (Lieutenant Commander Reginald Hugh Ransome killed at age 31) is sunk by German destroyers in the North Sea while escorting a convoy of 6 merchant ships from Lerwick to Norway.  The other escort ship HMS Pellew (Lieutenant Commander J R Cavendish) escapes while all the merchant ships are sunk. Seventy-four of the crewmen are killed on HMS Partridge including

Steam Trawler Amadavat (Skipper Robert Scarborough) is sunk by a mine east of the Shetlands. Her entire crew of nine is killed.