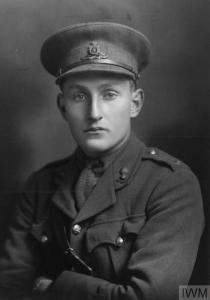 Private Robert Craig (South Wales Borderers) dies of wounds at Boulogne received in action eight days earlier at age 30.  He played football for many clubs including the Celtic Football Club.  His Celtic career spanned from 1906 to 1909 when he appeared thirteen times as a fullback.

Second Lieutenant Guy Maddison Vaisey AM (Gloucestershire Regiment) dies of wounds received in action the previous day at Bethune at age 28.  On 6th April 1917 while training at Frenchcourt bombing range he threw himself on a grenade saving the lives of other soldiers around him.  For this action he was awarded the Albert Medal.