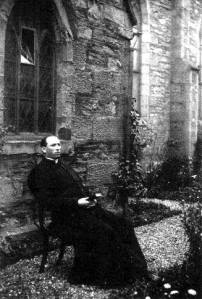 Lieutenant (Honorary Captain) Arthur Roy Brown DSC (Royal Air Force) while leading a patrol of six scouts attacks a formation of twenty hostile scouts.  He personally engages two Fokker triplanes, which he drives off; then, seeing that one of our machines is being attacked and apparently hard pressed, he dives on the hostile scout, firing the entire time.  This scout, a Fokker triplane, nose dives and crashes to the ground.  This is the official Royal Air Force version of the death of Manfred von Richtofen.