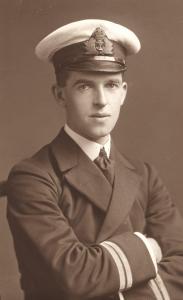 Thionville is bombed with a ton of bombs by British airmen.  Bombs are seen to burst on the Carlshutt works where a fire starts.  Several bursts are observed on the barracks and the railway station and sidings. All our machines return safely.

The Newfoundland Legislative Council unanimously passes the second reading of the Conscription Bill.

Early this morning operations east of the River Jordan are resumed.  Australian mounted troops capture Es Salt; the enemies post half way between the Jordan and Hedjaz railways. They capture thirty-three Germans and three hundred seventeen Turkish prisoners.  The infantry attacks the enemy in the foothills south and southwest of the village.  A mounted brigade is sent northward to watch the crossing of the Jordan at Jisr el Damieh.  This is sixteen miles north of the new bridge constructed at El Ghoraniyeh the main crossing of the River Jordan, by the road east from Jericho.  The object of this precaution is to prevent the arrival of enemy reinforcements from Shechem, but the measure fails because a force superior in numbers is sent from the Shechem garrison.

A British detachment in Portuguese East Africa captures an important German convoy retreating from Mwalia (130 miles from the coast at Port Amelia) on the Nanungo containing all the reserve small ammunition of an enemy column.  Mounted infantry patrols rush an enemy post in which are collect a large number of local natives, impressed by the enemy for service as carriers.  These are released and en enemy supply depot is burned.