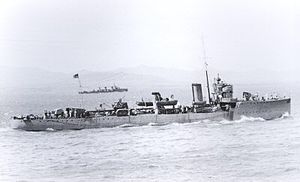 The destroyer HMS Phoenix (Lieutenant Richard Harter) becomes the only British warship to be sunk by the Austrian Navy in the Great War.  She is torpedoed by U-27 with the loss of two crew members.