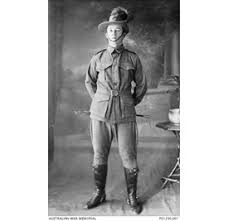 Eighteen members of the Royal Air Force are killed on the Western Front today.

At Vaire-Sous-Corbie at 21:30 Sergeant David Emmett Coyne (Australian Infantry) is instructing a platoon post in the support line. Being doubtful as to the quality of some Mills Grenades in the trench, he decides to test some by throwing one over the parapet. He does this but by some mischance or other the grenade falls back into the trench among a Lewis Gun team. Coyne cries “Go for your lives boys, the bomb is in the trench” and endeavors to find the bomb in order to throw it out of the trench. Due to the darkness he cannot put his hand on the bomb, which has rolled some little distance away. Realizing the danger to those around him who have not gotten clear of the trench, he throws himself on top of the bomb which explodes, inflicting on him injuries from which he will die. His last words to the men around him are “I layed on the bomb. I thought you didn’t have time to get out.” For this act he will be awarded a posthumous Albert Medal in Gold the only award of its type presented to a member of the Australian Infantry in the war.