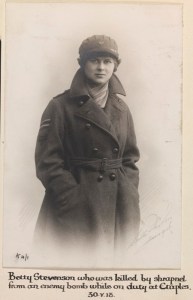 Thirty-five Camels of 28, 45 and 66 Squadrons Royal Flying Corps carry out a low bombing raid on enemy positions it Val d’Assa Italy. One ton of bombs are dropped and 9,000 rounds of ammunition fired.

While traveling between New York and Liverpool, the Cunard liner Ausonia under the command of Captain R Capper, is torpedoed some six hundred twenty miles west of Fastnet.  The crew abandons ship, upon which it is discovered that eight stewards have been killed in the initial explosion.  About forty-five minutes after the torpedo attack, the German submarine responsible surfaces and sinks the ship with shellfire.  (See 8th June)