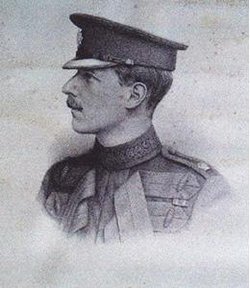 An explosion occurs on board H.M. Motor Launch 64. Immediately after the explosion Commodore ‘Sir’ James Startin KCB Royal Naval Reserve proceeds alongside ML 64, the engine-room of which is still burning fiercely. On learning that Chief Motor Mechanic Herbert Mann (RNVR) is below, he springs down the hatch without the slightest hesitation, and succeeds in recovering the body practically unaided. In view of the fact that the bulkhead between the engine-room and the forward tanks had been blown down by the force of the explosion, and that the fire is blazing upon the side and on the top of the forward tanks, which are composed of exceedingly thin metal and are consequently liable to burst at any moment, the action of Commodore Startin in entering the engine-room before the fire is subdued shows the utmost possible gallantry and disregard of personal safety. Had the engineer not been past human aid he would undoubtedly have owed his life entirely to the courage and promptitude of Commodore Startin who will be awarded the Albert Medal for his actions.