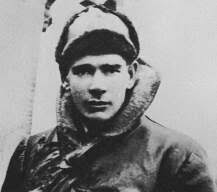 The station and factories at Kaiserlautern are attacked.

Major Edward Corringham Mannock VC attacks and destroys a Fokker, which goes down vertically into the ground from a height of 1,500 feet near Doulieu. Shortly afterwards he ascends 1,000 feet and attacks another Fokker biplane, firing sixty rounds into it, which produces an immediate spin, resulting, it is believed, in a crash.