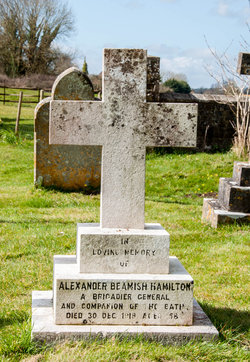 Brigadier General ‘the Honorable’ Alexander Beamish Hamilton CB (General Staff and King’s Own Scottish Borderers) dies of illness at home at age 58. He had served as the Controller of Embarkation, Southampton, in the Dardanelles and at Salonika.  He has also done “Special Service” in the Mediterranean, at home and in Canada.  His brother died of wounds commanding a battalion of the Durham Light Infantry in October 1915.