HMS Chatham arrives at Zanzibar. She discovers that Captain Ingles of the HMS Pegasus has been busy fortifying the harbor against another raid. He has managed to salvage the cruiser’s 4-inch guns, which luckily had fallen free of the ship when she capsized.

Lance Corporal Frederick William Dobson (Coldstream Guards) will be awarded the Victoria Cross for conspicuous gallantry at Chavanne (Aisne) in bringing into cover, on two occasions under heavy fire, wounded men who are lying exposed in the open. Lance Corporal Albert Victor Brown of the same regiment will be awarded the Distinguished Conduct Medal for assisting to remove into safety the wounded that are lying exposed in the open on this day.  He will be killed on 5 November 1914.

This day sees two Bristol Scout single-seater aircraft join active Royal Flying Corps squadrons in France. This is the first allocation in the field of a type of aircraft which will be used primarily for air fighting – the fast single-seater scout – and as such it demonstrates a crucial new awareness, that of opposing combatants in the sky. The new offensive mood is evident in the armament these machines receive.  Fifth Squadron hastily fixes a Lee-Enfield rifle angled off from the propeller arc, provides a Mauser pistol to the pilot and attaches an external rack with five hand grenades.  Third Squadron also fits a rifle on each side of the Scout’s fuselage, angled at 45 degrees. 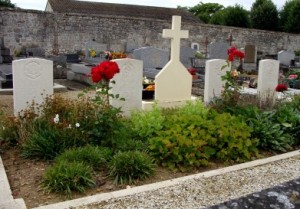 At exactly 05:10 SMS Konigsberg raises its battle ensigns in Zanzibar harbor and fires on the surprised light cruiser HMS Pegasus (Commander John Ingles), which is anchored broadside to and two hundred yards from the shore. While still four miles away Konigsberg fires ranging shots from the 105 mm guns on her port side. The first salvo passes beyond Pegasus.  The second salvo falls short.  Aim is corrected and the gun layers adjust their sights.  This time the shells land on target – and searing yellow flames and smoke rise from the still motionless British cruiser. Despite the unexpected shock of the attack, however, Commander Ingles has already brought his ship’s company to Action Stations and, as Konigsberg’s third salvo screams across the harbor, the gallant little Pegasus fires back in reply. But it is a one-sided contest. The British ship, a worn out relic of the Victorian age dating back to 1896 and mounting only eight old-pattern 4-inch guns firing 25-pound shells, can only get off one salvo for every four loosed by Konigsberg. There can be only one result of this battle. After twenty minutes of relentless bombardment, the British vessel is a blackened hulk. In all Pegasus takes more than two hundred hits; thirty-eight of her crew including two officers are dead or dying, and fifty five are wounded; Konigsberg suffers no casualties.

Admiral Thomas H M Jerram reports to London that he can do nothing about the news that Graf von Spee’s cruisers have been seen on 14 September off Samoa.  All his available ships are taken up by the hunt for the Emden and by the need to protect the first troop convoy from Australia and New Zealand.

Lieutenant Colin Landseer Mackenzie (Highland Light Infantry) is killed when he is shot in the head at age 21. He is the grandnephew of ‘Sir’ Edwin Landseer the great animal painter whose best known works are the lions in London’s Trafalgar Square. He is also a cousin of Major General Douglas Scott.